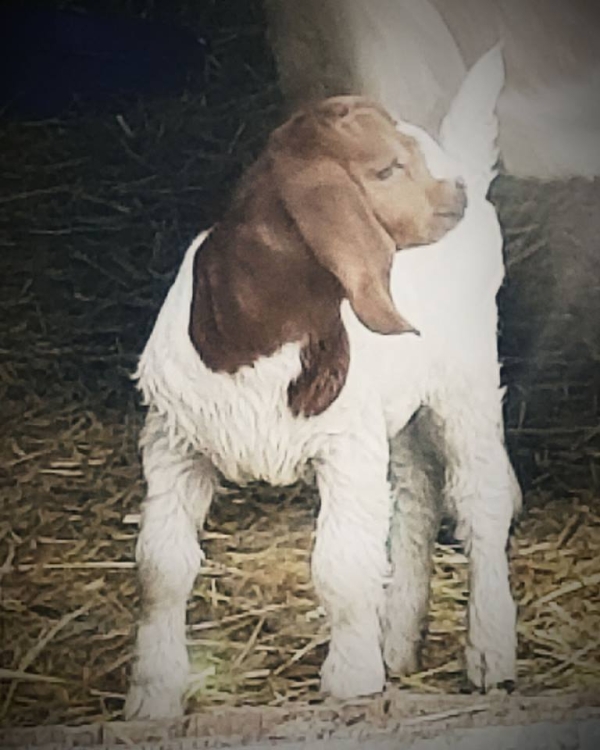 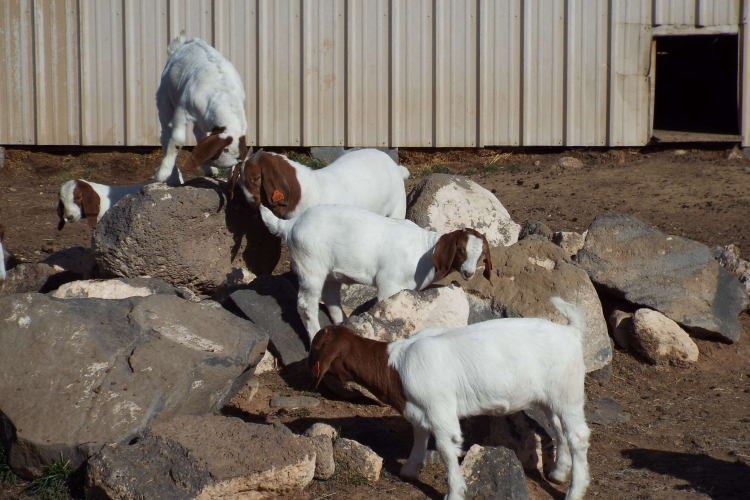 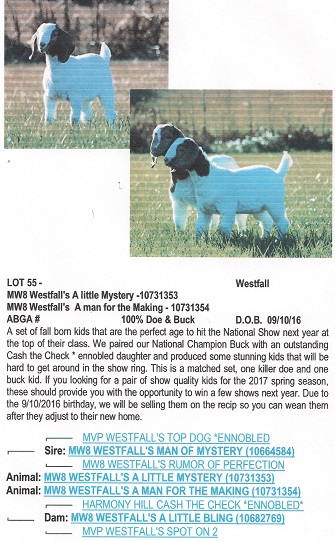 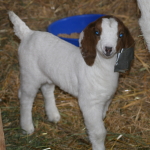 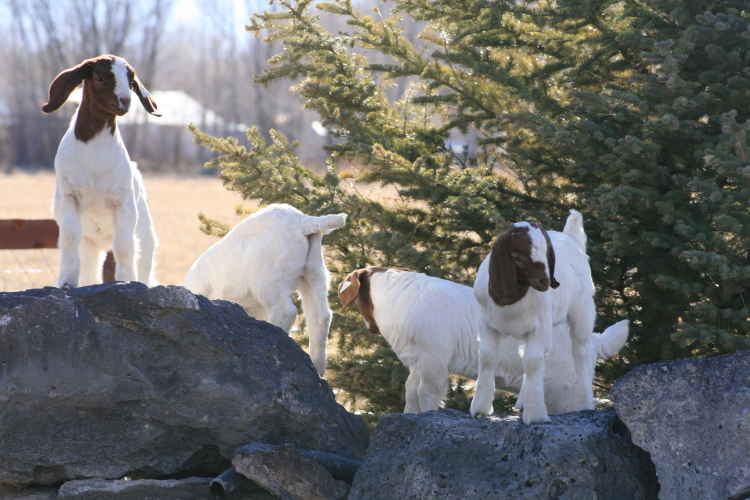 This Boy is going places !!!

All ready for his first show !

Look for him in the show ring

Rhoda (Geronimo Girl) and Quality Load just had a 14lb baby girl !!! a single so she should be a big girl to show in the ring !

Clover had Triplett boys so we will put the three of them in the Firecracker wether sale in April .Love Affair had one boy and he will make up the forth .These boys are long and packed with muscle they should give someone a great  chance at the $1000 cash prizes !!

Re Load by Wide Load and Buffalo Queen 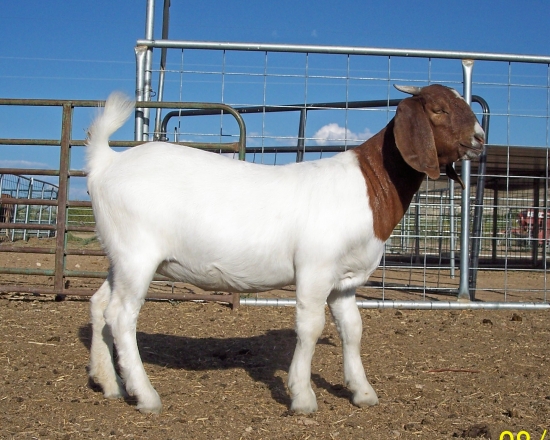 Pistol Packin Pete one month old here out of Pistol Lilly and Excaverter . 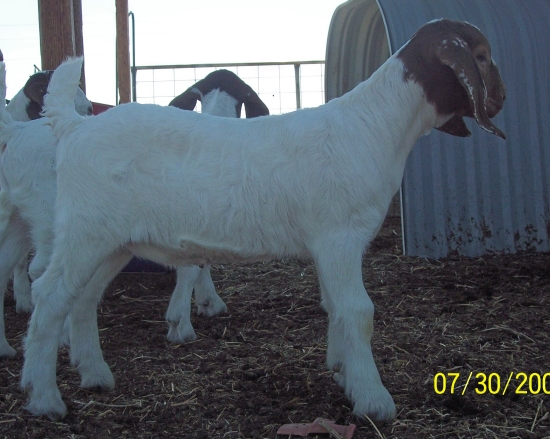 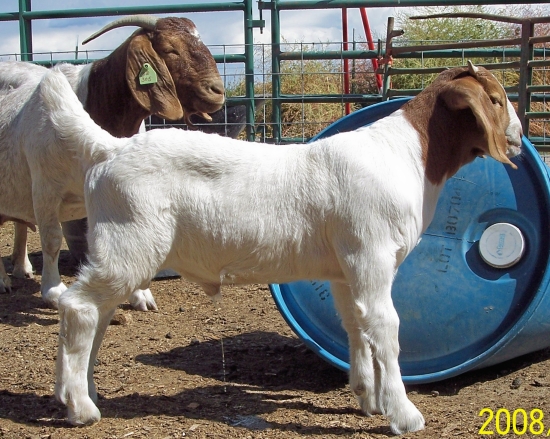 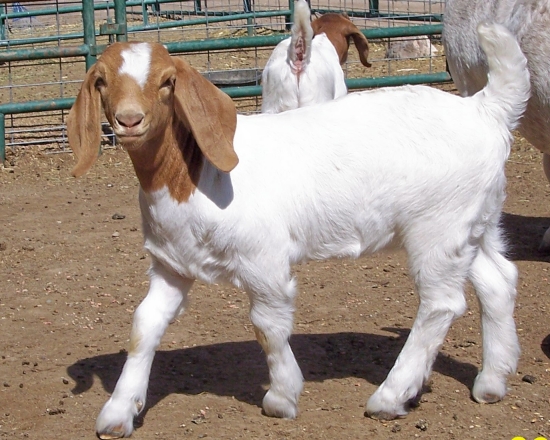 Babies are  doing really well ,we will have more in November ,I will keep you posted . 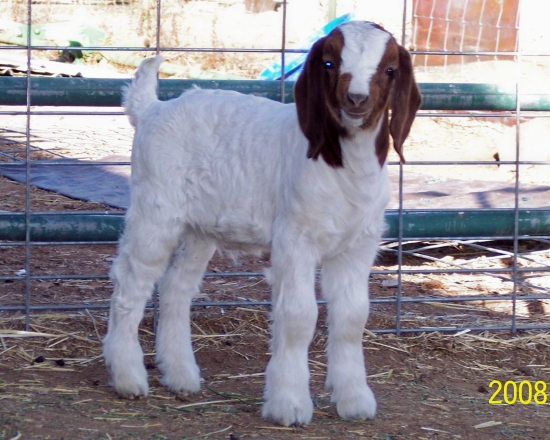 Hollywood baby,out of sugar ,he is 17 days old here his new owners named him Colorado Gold Rush look on the winners page !

This is Borroco his Dad is Kickin A War 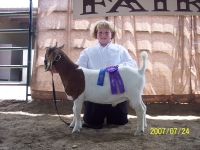 Cloud and his Mom is a Geronimo girl . He is 5 months old here an has already won at two local shows .He is quite the character. He was sold to Mellissa and Spencer Russel of the 5R livestock company from Loma, Co .Borroco will be going to the western Nationals in  Denver January 16 th ,good luck Mellissa !!

Brown Sugar (registered with the ABGA (percentage  )just gave birth to two healthy babies ,a girl and a boy ,23rd Nov 07,they weighed 8 pounds each ,both doing great !.

Andrea had her babies ...at last ! 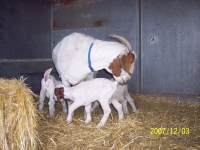 Three healthy boys all doing well .Sired by War Cloud (Binky) All over 8pounds .All for sale .

Rhonda a Geronimo girl gave birth to  twin boys this week  sired by war Cloud (Binky) They are the full brothers to Borroco .They weighed 10 and 11 pounds !The lighter headed one "Kickin A Storm Cloud has sold but the other one Kickin A Nasdaq is for sale for a $1000.

Some of the new babies enjoying the winter sun

This is a buckling born to Jacket the percentage doe on the for sale page,unfortunatley his brother died ,but he is doing really well .He has that famous "Binky " face !!He is for sale as a wether for 4H in March 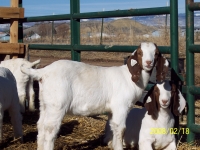 This is a little girl out of Helen ,she is very feminin and petite (Sold)

And this is a very cute Paint out of Helen , he is a macho little fella !!if you like paints he is for sale !!(Sold)

Blondie Girl had a boy and a girl

Blondie Girl with her babies, the boy has a dark head and the girl the lighter one .

This is Cotten at 3 days old his mom died when he was born .He was a War cloud /Geronimo boy He was sold to Dr Waltz , of Waltz's Ark in Delta Co .To view  Dr Waltz  website go to www.naturalark.com  she has milk goats as well as meat for sale .

This is War Galaxy,she was out of a percentage nannie called brown sugar and War Cloud (Binky ) .

She was sold to Mary Lakey from Kansas she also bought her brother War  Romeo  .

Are'nt babies so cute ,I just love them, can't wait for my next lot at the end of November .We should have some nice 4H babies for next year .

Congratulations to Gwen nelson of Delta Co ,her doe had triplets on the 17th of Novmeber all boys ! she brought her Doe to be serviced by "Kickin A War Cloud (Binky ) this summer .She should have a super nice wether for 4H next year . 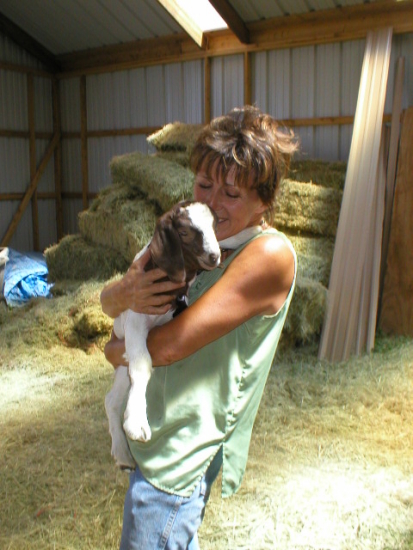